This year will be a turning point for Afghanistan. This could be upward or downward. With foreign interests as usual taking priority here and increasing instability it does not look good and all the optimism in the country could be dashed. 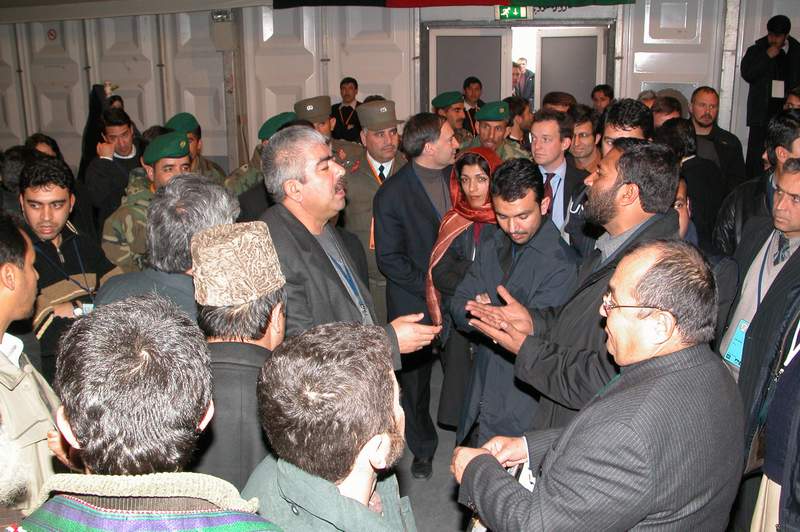 So now the elections are September this year, which comes as no surprise to anyone involved with them. Logistically they were impossible in June. In fact the only reason they are in September is to assist Bush in his re election. There is less and less optimism about the elections. Some top UN people are leaving and moral in the UN is low. Great areas of the country in south and east are no go areas where people will not have the opportunity to register or vote. These are Pashto areas. Pashtuns make up 43% of the population. If most of them are not involved in the election the results will not be very representative of the will of the people and trouble is likely. The elections could easily be a focus of trouble generally. Warlords will expect to have a position in the new government. If they do not then expect trouble. These are not a few troublesome tribal leaders but extremely rich powerful men who individually have more men and arms than the Afghan national army. How can someone be given a high position when are guilty of war crimes. However, Kissinger does come to mind.

Even Heart, known as the safest place in the country and the place most UN workers would like to be posted blew up last week. Ismail Khan the local warlord blames the central government with UN support for his attempted assignation and the killing of his son.

In the north General Dostum is looking for a high position in the new government. Some of the Western press is focusing on his human rights abuses. It will be interesting what comes of this, as apparently there were American special services with Dostum’s men when they committed the atrocities with Taliban locked in containers and mass graves. I do not think they will be too keen to have him talk.

There is a female presidential candidate called Masuda Jalal. The campaign has not begun yet but recently she visited Mazar but was prevented by local officials from talking to students in the university hall. Karzai offered her the vice presidency but she refused. Surprisingly a large number of men support her. Being a woman she does not have blood on her hands and is not controlled by foreign powers, which is her appeal.

Ideally the elections would be postponed until the country is more ready and they are likely to be more inclusive and not likely to lead to violence. If we have to have them in September then they should be only presidential but to save money they will be parliamentary and possibly district as well. Provincial and district boundaries are contested and only the other week a new province was created. A mostly illiterate population living in inaccessible terrain will have difficulty understanding presidential elections let alone parliamentary at the same time. In addition the contested boundaries should be a focus for ethnic conflict. Having them all together might save $60 million but how much do weapons cost.

On a personal level, I was asked to go to Kandahar to try and get Civic Education moving and more people registered. This is far too little too late. Lots of recourses should have been poured into the area a year ago. I agreed to go but subsequently have been offered a job with IOM (International Organisation of Migration), which looks interesting and challenging.

Finally for those who will scream, ‘but it is better than the Taliban time and things have improved’ I agree but that does not mean it is stable and things are not as good as they could be and that some incorrect decisions are being made without the Afghan interest being forefront. The focus is always on the Taliban but the butchery and chaos that came after the defeat of the Russians when the Afghan fractions started fighting each other meant the Taliban’s were initially welcomed as a stabilising force. There is more female education but 99% of women still wear burqas. One group who do not are the Turkmen women who rarely leave their house compound. It is not uncommon for these women to only leave once or twice a year. They are far more oppressed than the women that walk around with burqas. In fact one of the reasons women still wear then is to prevent unwanted male attention. Still commanders may abduct attractive young girls.

I am afraid that all this new optimism might be shattered by the fragile stability and decisions made based on foreign interests.