French Theatre company Compagnie Animotion will be swimming the channel to bring you their bicycle filled extravaganza in October.
Cie Animotion have been making highly visual theatre since 2004, accessible to both Deaf and hearing communities. 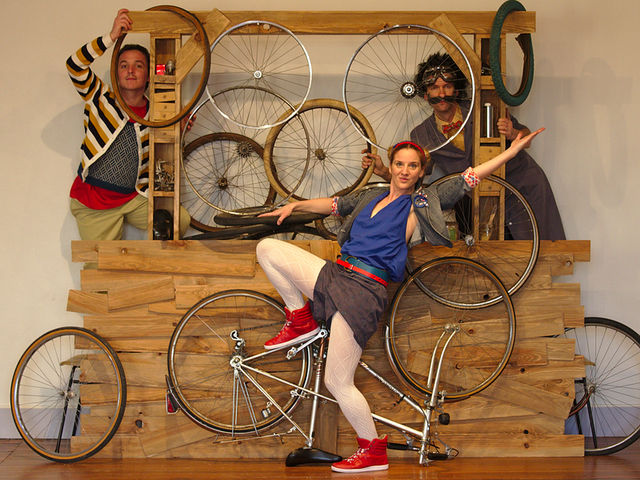 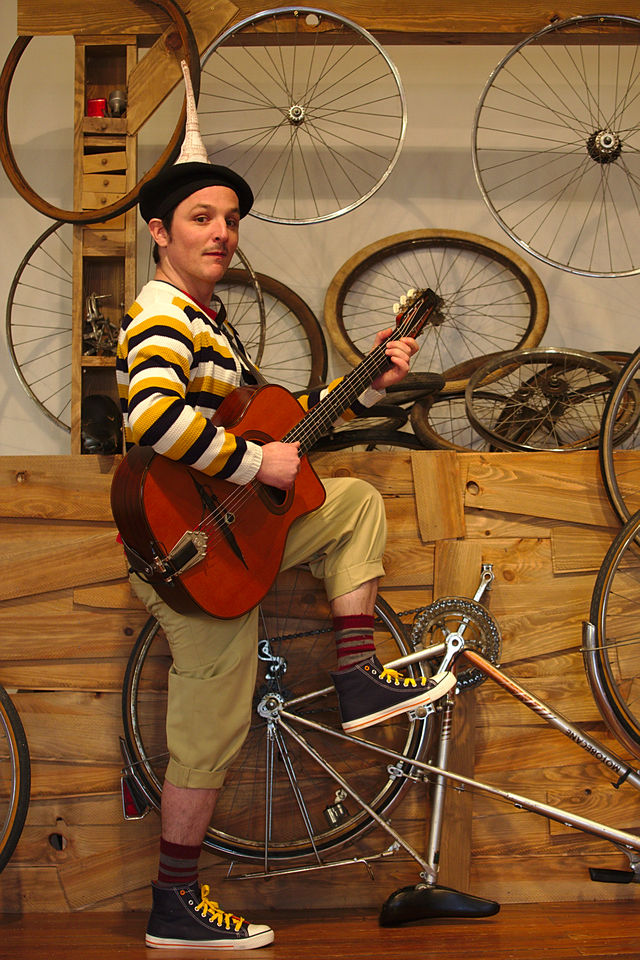 JoJo and his guitar 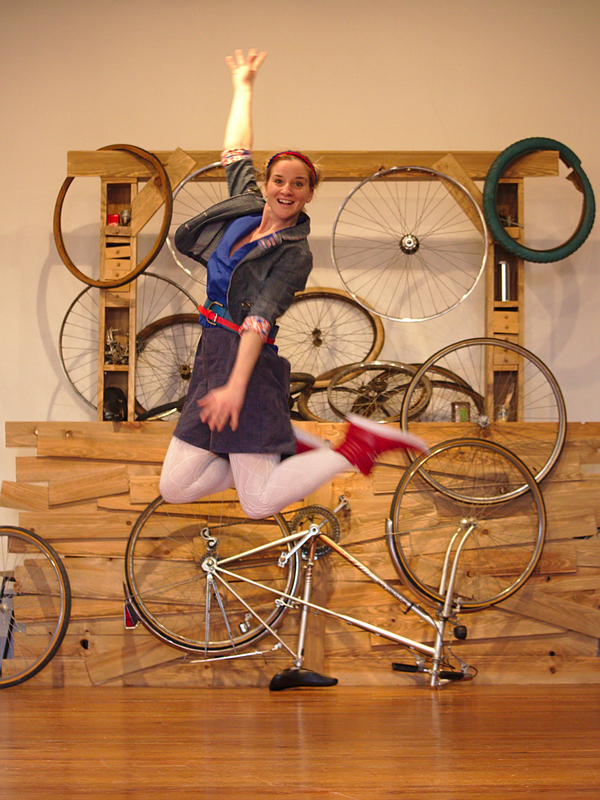 French Theatre company Compagnie Animotion will be swimming the channel to bring you their bicycle filled extravaganza in October 2014, coming to Cornerstone Arts, Didcot.

Making non-verbal, highly visual work for the last ten years, Compagnie Animotion are passionate about making theatre accessible to both Deaf and hearing communities.
Their work aims to promote sigh language, and to bring communities together through high quality arts experiences.

In their 2 day residency, they will be working with over 120 local school children from 2 of Didcot's schools teaching junk percussion from the show and immersing them in French language and culture in order to whet their appetites for the UK (and indeed world) premiere of JoJo and Billie's Tour de France!

The 22nd October, the children will come to Cornerstone Arts, for a wonderful show, also open to the general public... with bicycle percussion, bicycle choreography, bicycle acrobatics, bicycle puppetry and the bicycle race of the century, as French as a croissant wearing a beret, as sporty as the famous frog jumping Lyonnais Olympics in 1841, and as heartwarming as two young people realizing, despite their differences they can still be friends.

The JoJo & Billie show and project is strongly linked to town twinning initiatives, with live music, video, mime, several Gallic shrugs and many, many bicycles, anyone who is passionate about France, it's culture, language music or theatre should pop on down to Cornerstone Arts, Didcot and have an hour of fun!