IT SHOULD HURT TO BE A CHILD ?

IT SHOULD HURT TO BE A CHILD ? 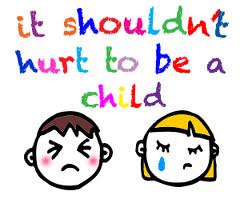 it shouldnt hurt to be a child ?


Every child born on this planet is beautiful and innocent until the governments own army of social workers get their hands on them then that child becomes another child in the governments sick system to be abused in every way, in actual fact the abused kids in care many become the little toy dollies for the sick adults what pleasures does a man get from sexually abusing a tiny baby still in nappies most people in power including the police know who the sick people are and continue to allow them to abuse poor little children with the mere facts of governments knowing the names of the abusers and continue to cover all up until that famous person is dead and when a child does or has reported abuse they are then known as a CAFCASS OFFICER told me (all children in care are liars with not knowing what they want) then we have untold so many many many thousands of children ”IN A CHILD’S BEST INTEREST” who lose their childhood only to have to live as adults in a trauma and should they have a baby YES that child then becomes another toy dolly in the system. We have kids leaving care with H.I.V. one teenager recently told me he does not know if he is a boy or girl because in foster care he was dressed as a girl one day and a boy the next and abused this went on until the gravy train stopped and he is now one of 1.000s of kids from care begging and lives in a cardboard box on the streets.


If the people of this so called British Empire knew what I knew and had spoken to the 100s of abused kids from care as I have just maybe you would come together in your 1.000s and march to help us but who cares for us abused kids where is the Nation, we the kids know where you are, yes marching for bedroom tax, cuts in benefits taxes YES of course marching for money because no one cares for the abused kids.

http://britainsroadblockadeforjusticejuly24th21014.yolasite.com
I Maggie Tuttle am BEGGING you the Nation on behalf of the thousands of abused kids from and in care even at this moment being abused please help us we the kids are THE SILENT WITNESSES SCREAMING TO BE HEARD. NOW YOU SCREAM AND HELP US.

CPS US Whistleblower todays news read and learn what is happening to ther kids in care and why.