Update (20/05/12): After a month, Occupy Brookes decided to pack up. The camp's demands were almost entirely ignored by management but many people nevertheless felt it was a valuable experience, building links, raising awareness, and establishing a precedent for action that can be taken further in the future.

Since Wednesday 18th April, a group of Oxford Brookes students and supporters have been camping in front of Gipsy Lane campus to demand free education for all, and more specifically and immediately, that the University switch from fee waivers to bursaries.

The camp has now survived over two weeks of extremely wet weather, hosted various workshops and discussions, and received lots of verbal support and sympathy. A letter containing 3 basic demands was sent to the authorities early on, but there has been no substantial response from them, and the group's next steps have yet to be decided.

Anyone supportive or curious is very welcome to come visit or stay, and upcoming workshops and meetings are listed on the blog. 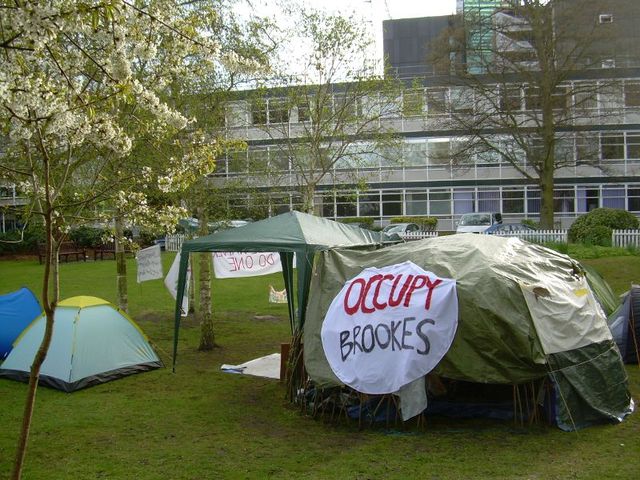