Swedish hippies and revolutionaries in Guy Fawkes masks: films for 2012

OARC Sunday Screenings is back for the New Year with two great films in January and February: the Swedish film Tillsammens showing this coming Sunday, and the excellent and inspiring V for Vendetta showing in February. 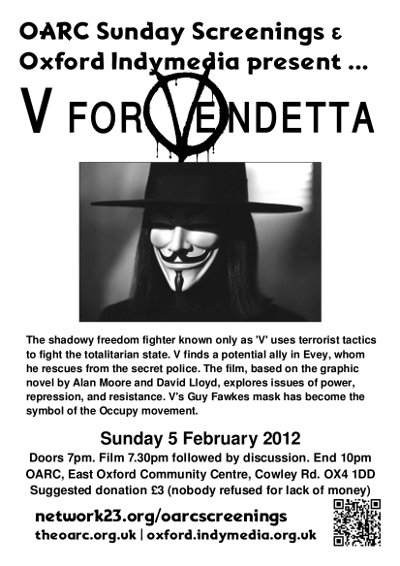 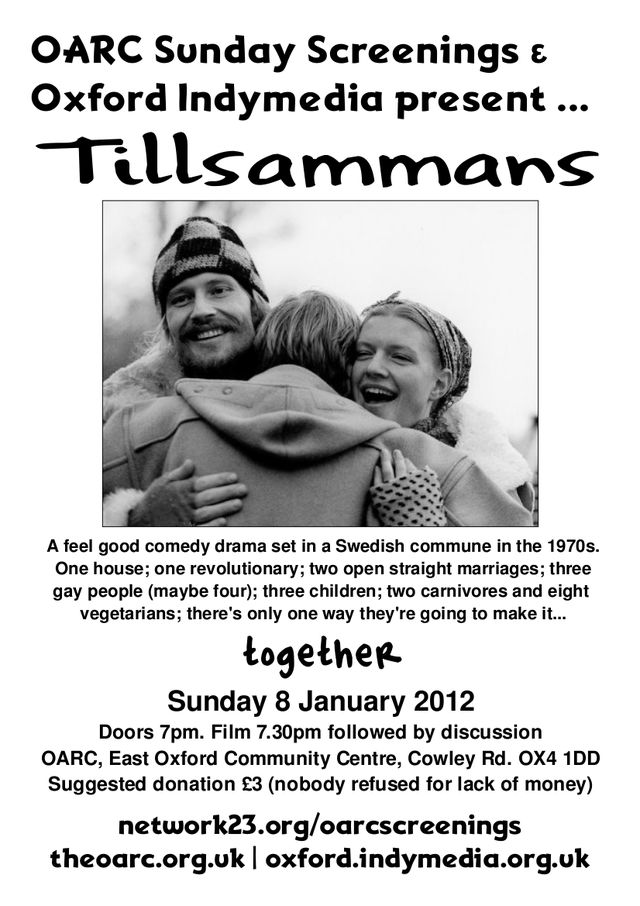 Oxford Indymedia in collaboration with OARC brings you another two top films in the usual comfortable setting at OARC (East Oxford Community Centre):

Tillsammens is a feel good comedy drama set in a Swedish commune in the 1970s to ease us into the New Year.

One house; one revolutionary; two open straight marriages; three gay people (maybe four); three children; two carnivores and eight vegetarians; there’s only one way they’re going to make it… and that’s together (or tillsammens as the Swedish say).

Join us in February, when we shall be showing the film V for Vendetta and discussing when it is right for the people to rise up in solidarity against governments that no longer represent them.

The shadowy freedom fighter known only as V uses terrorist tactics to fight the totalitarian state. V finds a potential ally in Evey, whom he rescues from the secret police. The film, based on the graphic novel by Alan Moore and David Lloyd, explores issues of power, repression, and resistance. V’s Guy Fawkes mask has become the symbol of the Occupy Movement and the Anonymous hacker collective.

Doors open at 7PM and we’ll be showing a selection of media activist and citizen journalist produced film shorts until 7.30pm:

Main features start at 7.30PM sharp after which we shall table a discussion on the various themes raised in the film.

Evening finishes at 10PM, at which juncture we may ajourn to a local ale house for continued discussion and refreshment.

Suggested donations of £3 towards OARC and the running of the films. Though whatever you can afford, and nobody will be turned away for lack of funds.

We're also looking for more films to show, so if you have something you think is suitable, be it a commercial release or an independent film, do get in touch through our web site