A visit to Plebs' College and photos

I dropped in on the folk at Plebs' College 2.0 today to see what they were up to. 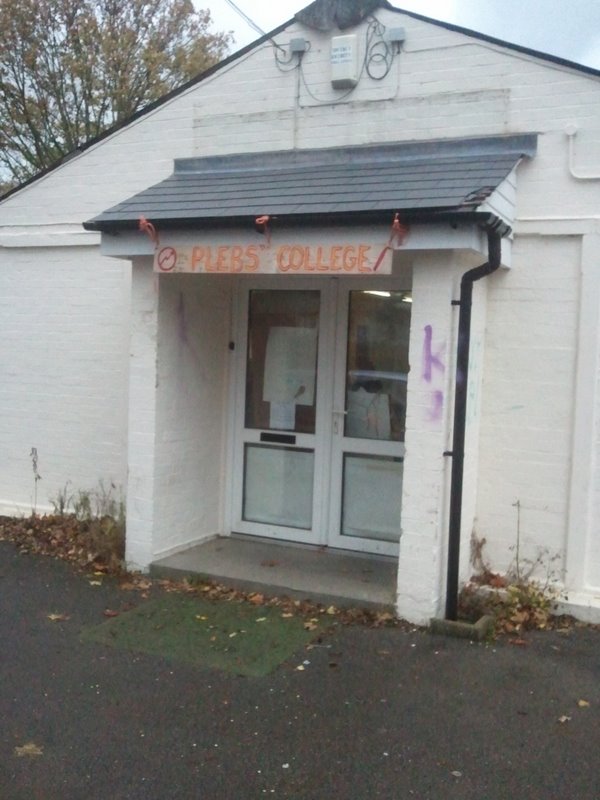 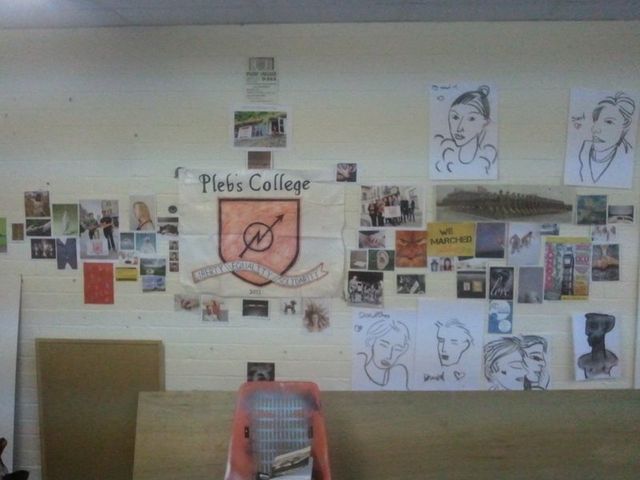 The College's Coat of Arms and various useful notices on one of it's walls. 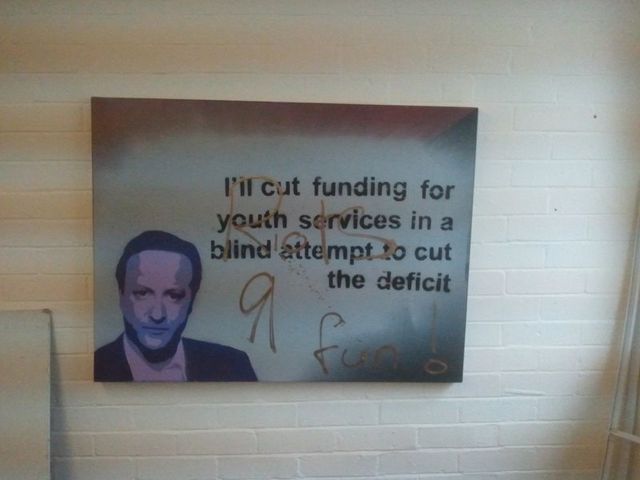 A message to our leader. 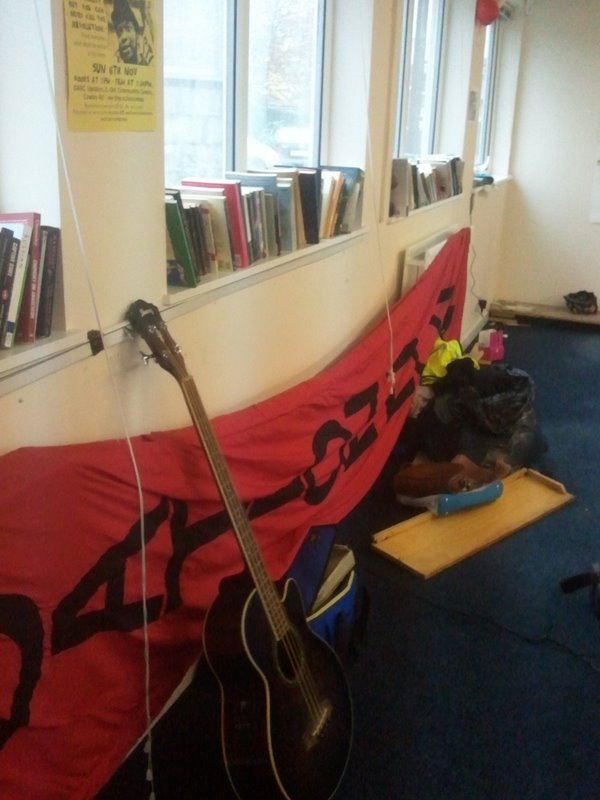 Some books from the College library, and there's muscial instruments to boot.

Plebs' College 2.0 is located in the old People & Planet offices, behind East Oxford Primary School. The word on the street is that the owner of the offices, a Mr Frampton-Smith, is planning to flatten the building (the only remaining one of a number of field hospitals built during WWII) to build.... you've guessed it ... some much needed student accomodation. The author heard a rumor that it is also Mr F-S who is also behind the development taking place on the Green at Manzil Way, another fleet of new flats to replace the old cop shop and public loos: I guess that ain't so bad. Apparently they've heard from the powers that be, and are facing their first appearance in front of Me Lud in the next week or so: watch this space for news on that.

Anyway, back to the College itself:

I popped in today to find a few of the Pleblecites hanging out and enthusing about the great activities coming up. There's the regular Wednesday assembly tonight with lots on the agenda, including a discussion of the independent media group, which together with your favourite local independent media collective, hope to have some workshops on various aspects of media-aktivism and citizen journalism in your local College soon.

And every Saturday from 12pm, there's the Free Uni and meal, in the words of the Plebanians themselves "Bring yourselves n’ your skillz. If you’d like to run a workshop or have a debate or discussion on a particular subject drop us an e-mail so we can schedule things."

More information about all things Plebs' College, can be found out from their web site

http://plebscollege.wordpress.com/ - (which sadly is on a corporate blogging platform, rather than the more privacy friendly alternative over at Network23.org - time to move the site perhaps?).

Here's a couple of photos of the space that I took today: yes they'd be more exciting with workshops in them, but it'll give you a feel for it.