The squatted social centre known as "Plebs' college" was in court this morning for an eviction hearing.
About 10-15 supporters crowded into the public gallery while a couple sat at the front to address the court.

There were, of course, the usual comedy moments that occur when a large group of people is forced to remain serious at a formal-but-slightly-ridiculous event.

The judge claimed that none of our defenses amounted to a valid legal defence, and informed us with an affable demeanour that "you might be doing something very worthwhile and meritorious with the place, but you don't have a right to be there" and "you may very well be homeless but you can't stay on someone else's property".

Still, we had apparently gained his sympathies; he suggested to the owner's solicitor that they undertake not to make use of the possession order for at least 7 days, and pointed out that it would likely take another 7 days beyond that to arrange bailiffs.

They agreed, and so we have the place for another 1-2 weeks.

One down-side is that the judge agreed to allow the owners to apply to the High Court for enforcement if necessary; which means if they need to they can send bailiffs with more powers (though they are also more expensive for the owner).

The judge finished with the comment: "I hope you find somewhere else". Incitement and encouragement to continue the project in another squatted space? Well, perhaps... 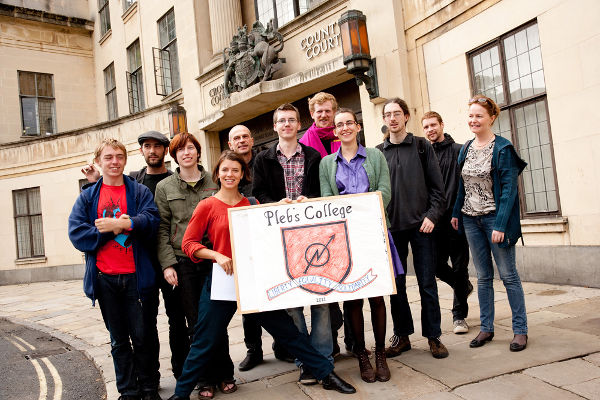