A quick report from a friendly food squirrel... 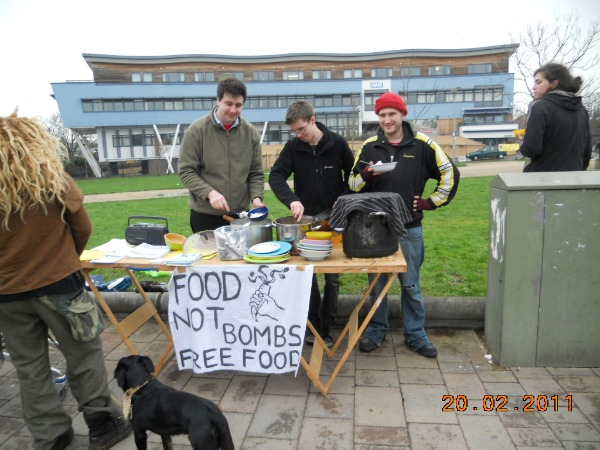 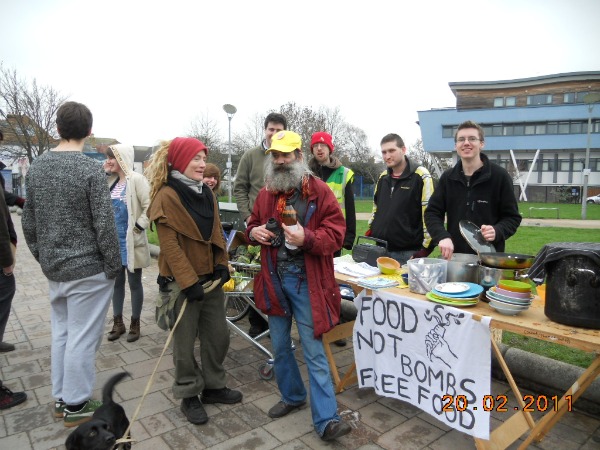 munching and mingling on the chewy Cowley Rd 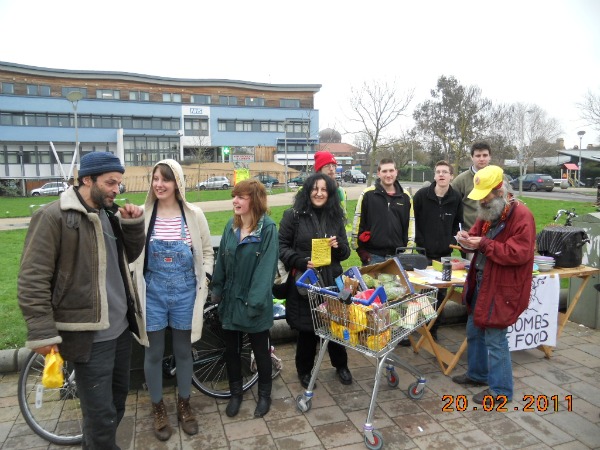 Oxford Food not Bombs started towards the end of last year. We rescue food that would otherwise be wasted, cook it into some tasty vegan form, and share it with anyone who turns up.

Some of the aspects that make this a political act rather than just charity are the radical literature available alongside the food, the reclaiming of public space as a place to gather, and our efforts to break down artificial barriers between the folks who've organised the meal and those who turn up to enjoy it!

We started with a food stall at a 'Free University' event in November:

http://www.indymedia.org.uk/en/regions/oxford/2010/11/468233.html
...went on to provide snacks at various protests, and had to cancel a meal in late December because of the heavy snow. But this weekend was the first time we've done a meal that wasn't associated with a particular radical event.

It went pretty well! We had a carroty soup, tomatoey stew veg and rice. Plus huge amounts of freegan donuts and spare cabbages for anyone to help themselves to.. and we had music for the first time too :)

We're planning to do these regular food stalls about once a month, plus one-off meals at particular events. Here are the next few:

If you want to get involved, email us:
foodnotbombs.oxford at lists.riseup.net
...or chat to us at one of our meals!

See you on the streets!