Jimmy Mubenga not forgotten in Oxford

Locals have flyposted all over East Oxford - from Cowley Road and Iffley Rd up to Blackbird Leys - to highlight the death of Jimmy Mubenga and its root causes. 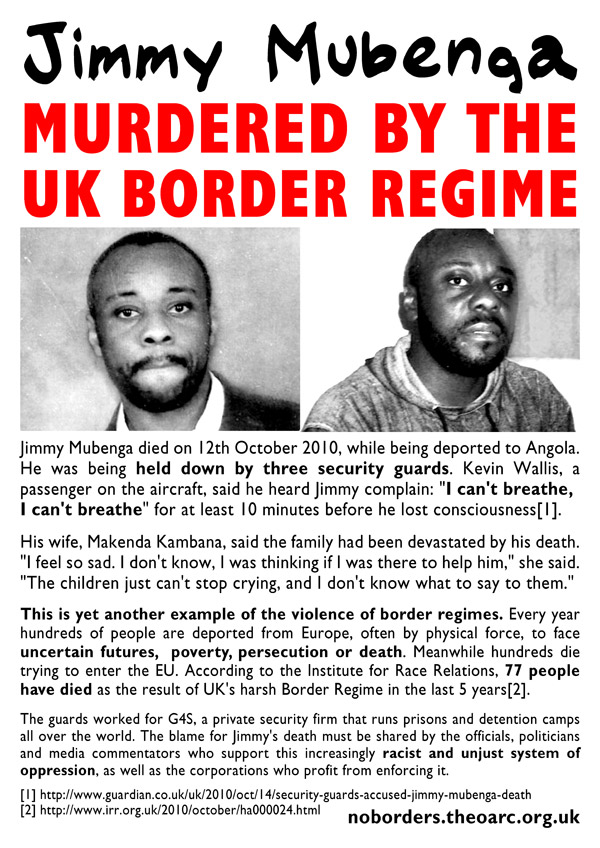 scanned version of poster seen around

In a small but significant action, several areas of East Oxford have apparently been postered in an effort to make sure Jimmy Mubenga's death does not go un-noticed, and hopefully to open people's eyes to the hidden suffering caused by border controls and racism.

Similar actions have happened in other places:

...and there appears to be a high-res version of the poster above here: