After a year and half of green-fingered, community-spirited direct-action, we - the organisers of Common Ground Community Garden - are celebrating success … and we invite all our friends, neighbours and supporters to join in the fun! 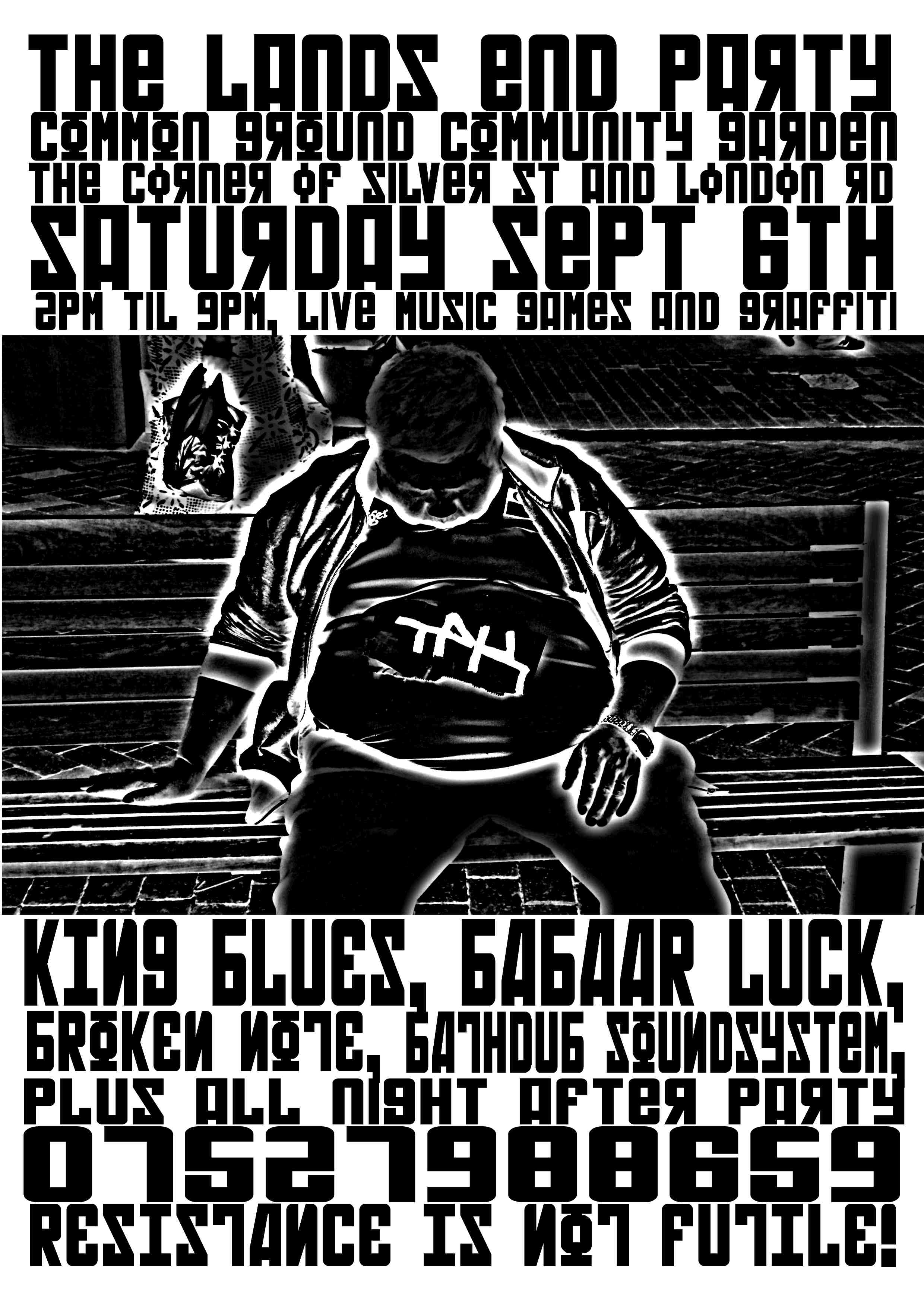 Since opening the garden in May 2007, we have resisted being criminalised while fighting for green, community-managed space in our neighbourhood. Since turning a council owned derelict plot into a beautiful community garden, we and our neighbours have ignored injunctions, protested eviction attempts and even faced arrest. But finally, we have not only definitely won new sites for at least one community garden, but Common Ground itself has been granted a legal license! Success*!

Reading Grassroots Action (RGA)** who run the garden, have been working with Katesgrove Residents Association (KRA) and have managed to agree the license for Common Ground with Reading Borough Council (RBC), which sees the garden being insured by KRA and re-opened to the public until the council demolish the existing buildings***. We have also visited three sites in Katesgrove which could be used for one or more long-term gardens. We have chosen our preferred sites and hope to agree terms as soon as possible****.

To celebrate this success, we will be holding one more community event at Common Ground Community Garden on Saturday 6th September - and this time we have the full consent of the council! The event, running from 2-9pm, will feature fun for all the family such as games including a raffle, face-painting, fresh food and drink and a live graffiti exhibition produced by local artists. In addition, we will have diverse acoustic music from acts including Londons ‘Babar Luck’ and ‘The King Blues’ as well as other local acts. And of course, visitors will be able to find out more about what else we are up to and get involved in the new community garden in Katesgrove.

We would really love to welcome everybody to the garden one last time and thank everyone who has supported the project, so we hope to see you there!

But thats not all... Supporters of Common Ground are organising an all-night after party at a nearby venue! There will be a room for band (punk, ska etc) and a room for DJ's (hiphop, drum n bass, dubstep, techno etc) and confirmed acts include Broken Note and the Bath Dub Soundsystem. See you there!

NOTES FOR THE EDITOR:

* Whilst we are celebrating, we want to thank everyone who has supported us for making this project a serious of successes from day one. Common Ground has always been about bringing people together, mobilising people into taking action to improve our community without waiting for those in power to do it for us (we reckon you might wait for ever otherwise!). It has been about a small piece of land taken back under community control and used to benefit the neighbourhood, in contrast to the usual situation where resources are used solely to make profits and benefit bosses and shareholders. In this way, Common Ground was a success every time people joined us to ignore injunctions, each time we saw off eviction days, each time people took the initiative to work in their garden. It has been a success as it was respected by young people, as it was enjoyed by local workers and families and as diverse peoples - from squatters and anarchists to residents of all backgrounds - had conversations we wouldn’t otherwise have had. So, thank you!

** Reading Grassroots Action (RGA) aims to help increase the collective power of ordinary people like ourselves, improving our living and working conditions and creating new democratic institutions which act as examples of the world we want to see. We are guided by our hope of one day living in a society of genuine freedom and equality, with all resources commonly owned and democratically organised by everyone for everyone. Several people involved in Common Ground were already RGA members and in April 2008 the groups became one and the same, with RGA looking forwards to helping create a long-term community garden in Katesgrove and moving on to tackle other campaigns in Reading. If interested in joining or supporting RGA, people are encouraged to email us at rgacollective(AT)hotmail.co.uk.

*** The buildings from Crown Street round to the beginning of Silver Street have unfortunately been left by RBC to fall into a state of disrepair over the last few years. We would prefer them to be renovated, as we believe they could be brought back to life as good-looking and useful buildings. However, RBC wish to demolish them as soon as possible, as they hope to sell yet more publicly owned land to a private property developer.

**** RBC have offered three potential sites which could be used for green, community space in Katesgrove. Of these, the site on the corner of Southampton Street and the one on the corner of Elgar Road are our favourites. Over the next few months, RGA and KRA will work to agree terms with RBC in order to gain access one or both of these sites. We appeal to the local community, and to anybody who supports this project to get in touch, and any help with work or donations would be very welcome!