Activists opposed to migration controls converged on GEO’s Head Offices in Reading this morning, entertained them with some beautiful melodic tunes and gave them some helpful careers advice.

Ok, so what they actually did was unleash an infernal racket on detention profiteers…

GEO, the company which runs Campsfield immigration removal centre near Oxford, was visited by activists from Bristol, Oxford, Reading, London and elsewhere. They arrived to find private security and PCSOs guarding the offices (obviously monitoring our lists). We discovered, unlike last time, that the employees had not been given the day off. So we split into groups and surrounded their small, ground floor offices and made a racket with drums, whistles etc. At first the employees responded by attempting to move to different sides of the office, however, the noise was so loud that this clearly proved hopeless. Particularly effective was holding the megaphone up to the windows - right next to their desks - and entertaining them with the feedback from the instrument. Police arrived and didn’t do anything.

Leaflets were posted through the door explaining our opposition to GEO’s attempts to profit on the misery of asylum seekers and how the employees should seek alternative careers. These were later spotted on their desks.

It was explained to them that we’d be returning some day next week, speaking out for those who are denied a voice. On our way home, we found intelligence gatherers (suspected NETCU), standing in a busy street ready for us with cameras.

Campsfield was the scene of heavy police repression in December, after an uprising was triggered by an incident in which a detainee, who it appears, may have been resisting attempts to deport him, was beaten by a team of up to 25 riot police. GEO had locked all the cell doors in a bid to quell resistance from fellow detainees, who could only listen to the cries of "they are murdering me!" 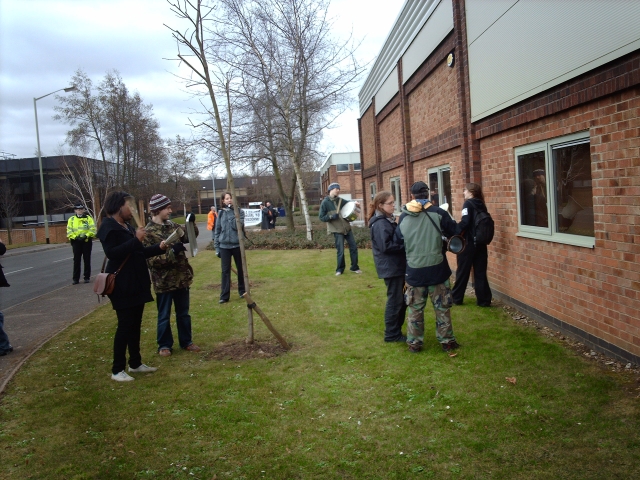 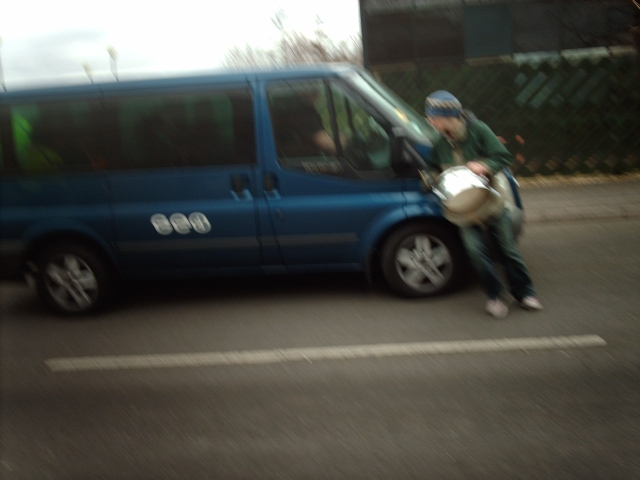 "May I suggest you follow a different career, sir?" 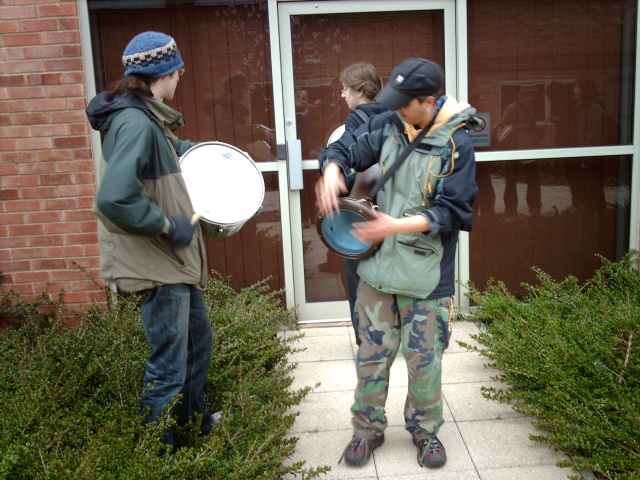 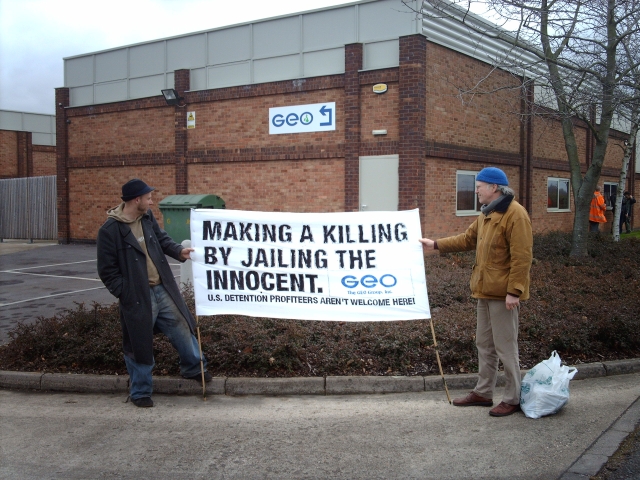 GEO had unwisely omitted to lock the gate to a small courtyard, which enabled us to surround the place on all four sides.

A number of GEO people managed to do a runner and make their escape in a van, though a couple of brave protestors tried to express some clear and unambiguous opinions to them.

A group of us left before the end - blimey! You could hear the racket right through the estate!