Protest at midday tomorrow (Saturday) in Bonn Square. The proposed expansion of Oxford's Westgate Centre doesn't just threaten a group of beautiful trees, it also threatens to turn yet more of our city centre into a nightmarish consumer wasteland. Thanks to the people who've been up the trees, the Council are now on the back foot and there's a chance we could force them to scrap the whole stupid scheme - but we need people there! 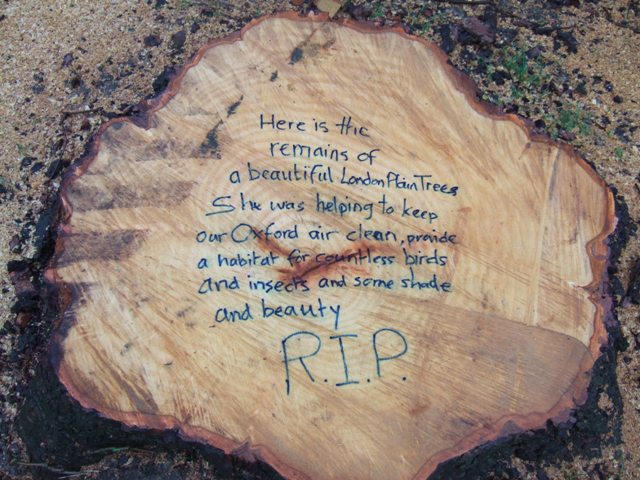 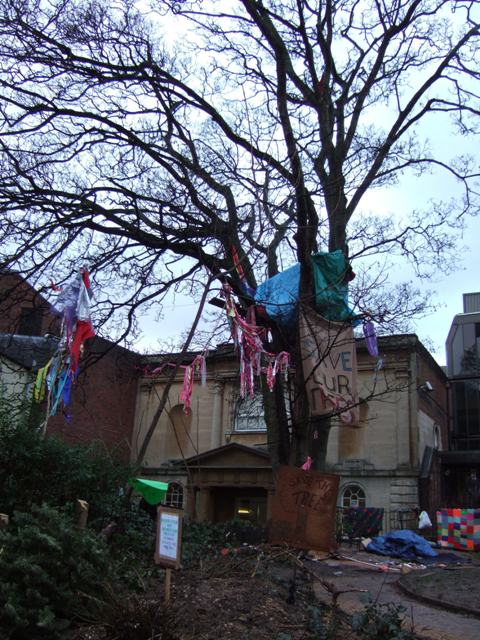 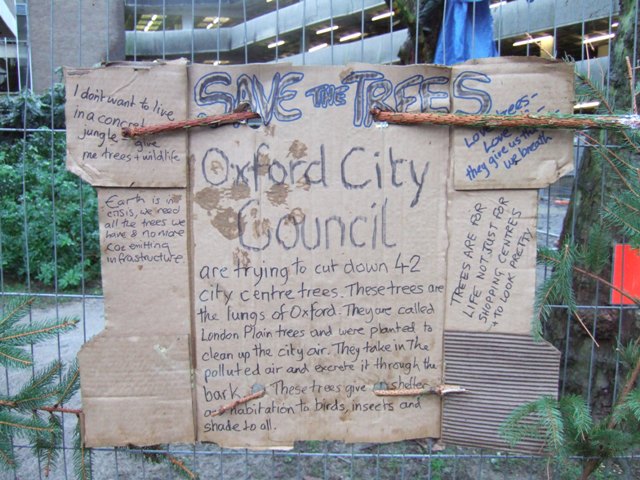 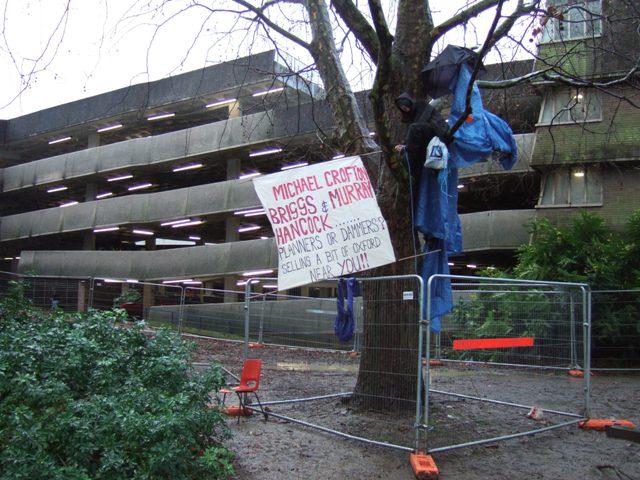 Two senior Council employees so crooked they get their own banner

There’s currently a battle going on in town between some peaceful but determined
tree-defenders, the Council, the Westgate Centre and the police (see

http://www.indymedia.org.uk/en/2008/01/389089.html). Essentially, the
Council decided to clear away some trees in preparation for the proposed
Westgate expansion without telling anyone, but a group of locals found out
and rushed to the trees’ defence.

Obviously, just losing the trees would be bad in itself, but this is also
the tip of a much bigger iceberg. The proposed Westgate expansion has been
criticised and challenged all the way through the planning process (it
would require the demolition of a whole street of sheltered housing and
fails to meet the Council’s own climate change building standards, quite
apart from being a horrible and unnecessary extension to what is already
an ugly temple to rampant consumerism sucking the lifeblood from
independent shops and the character out of Oxford city centre). The
Council has seemed determined to push it through at any cost, despite all
the protests and complaint.

However, one of the major retailers with a place booked in the proposed
extension – John Lewis – have reportedly started to get nervous about
being associated with such a controversial development. Enough bad
publicity from the battle over the trees might just be the last straw that
could convince them to pull out – and without John Lewis, the whole
execrable expansion plan could collapse!

This is where your help could make a real difference. Tomorrow is the anti-SOCPA protest in London, and people are feeling we should have our own demo (about freedom to protest as well as stopping the Westgate development) in Oxford rather than all our activists going off to London at what could well be the crucial moment. So if you're up for it please come to Bonn Square at 12 midday tomorrow. Bring banners, noise and everyone you know.

In the meantime, please do go down to show your support (there weren't many
people around this afternoon) and see what needs doing.

Hope to see you tomorrow!