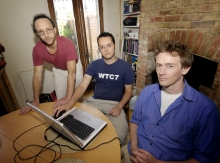 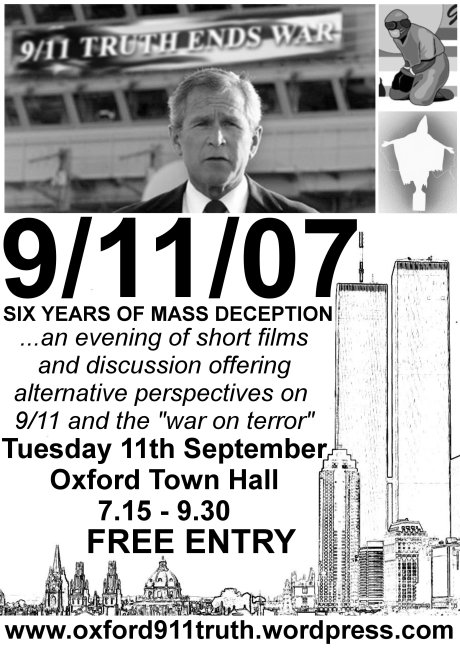 Locals who believe George Bush may be lying about the 9/11 attacks will gather in Oxford Town Hall tonight. The hot topic of debate will be whether the US government knew about in advance or even planned the September 11th atrocities.

Controversial theories about the attacks have raged for years, especially on the internet. Organiser Ian Hodgson said: “We'll be showing some short films, including one in which family members of those who died voice their doubts about the official story of 9/11. We recognise that this is an emotive and controversial subject, but believe that if viewed with an open mind, the evidence for US involvement speaks for itself.”

The Oxford campaigners – part of a wider movement in the UK and US - are demanding a new investigation into 9/11. They've been holding a weekly stall in Cornmarket all summer to challenge people's beliefs about the attacks.

American Nick Shelton from Atlanta, Georgia, is a post-graduate student at Oxford University who supports the campaign. He even wrote a book, 'The American Truth', which points the finger of blame squarely at the US Government. He said: “I was delighted to find that there was already a 9/11 group here in Oxford. Back in the States, 9/11 Truth is growing strong after many prominent scientists, engineers, and scholars have questioned the 9/11 attacks. I'm hoping Oxford citizens will add to the intellectual discussion and debate on the issue.”