This convoy, travelling north on the A34, passed Oxford around 12.30pm on Monday 13 November. As if to emphasize the dangers of this practice, the following day, Tuesday 14, there was a serious accident on the same road, at the Milton Interchange, involving several vehicles.Local councillors are putting a motion to the City Council on 20 November calling for opposition to replacement of UK nuclear weapons. 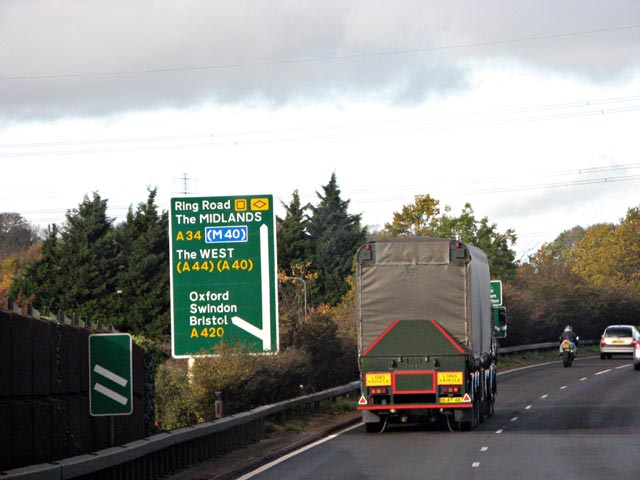 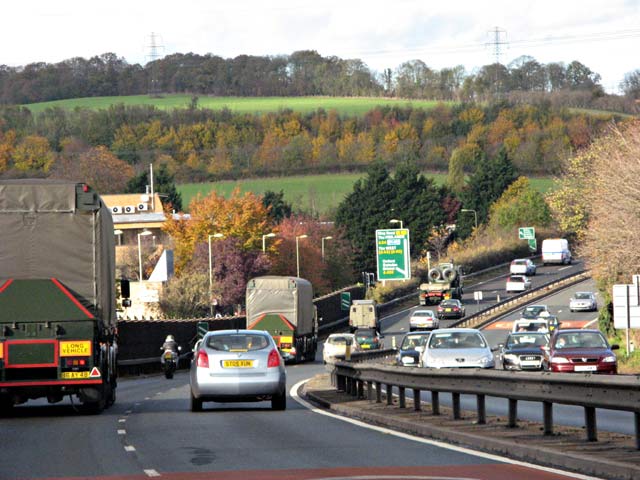 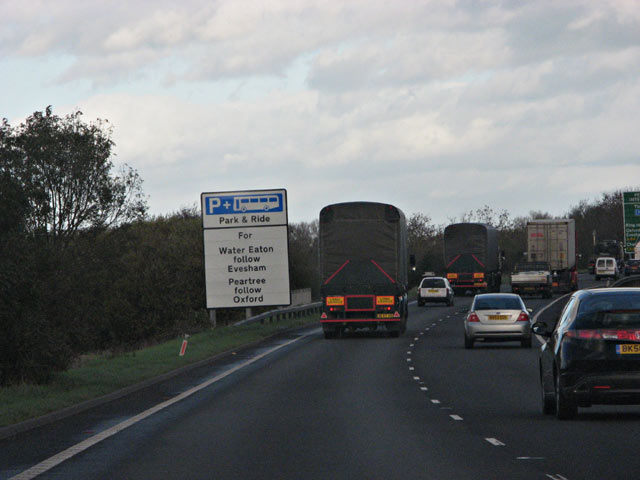 A Trident nuclear warhead convoy travelled north up the A34 on Monday 13th November 2006, and passed Oxford at about 12.30pm. It travelled in the normal heavy lunch time traffic to M40 junction 9 and left Oxfordshire on the M40 heading north towards the Royal Naval armaments depot at Coulport at the Faslane nuclear submarine base in Scotland. Nukewatchers from Oxford monitored the convoy and photographed the vehicles passing the local interchanges on the A34.

Local nukewatchers had witnessed the convoy leaving the Burghfield nuclear bomb factory near Reading, as peace protesters gathered nearby at AWE Aldermaston in a monthly ‘Block the Builders’ demonstration. New facilities are already being built on the site, even before Parliament has debated whether the Trident nuclear system should be replaced.

The day after, on Tuesday 14th November a bad accident took place on the north bound A34, at Milton Interchange, Didcot, in which a number of vehicles collided and two caught fire. Traffic was held up for two hours. The warhead convoy travelled over this same spot the day before. A MOD exercise ‘Senator 2005’ carried out in Edinburgh high lighted the dangers of accidents involving Trident nuclear warheads on the move.

It calls on the council to recognise that it is a member of the Nuclear Free Local Authorities, Mayors for Peace, and has obligations under the Local Government Act.

Other points noted are the transport of nuclear warheads around the City, the debate on Trident replacement, and the better use of resources in peaceful productive ways.