Internationally, police officers who mutilate or kill people on duty usually get off scot-free, often without the cases even making the news. The Swiss internet site PigBrother.info exposes such cases and the police weapons involved. Though often labelled "less lethal" and portrayed as "harmless", many have proved to be fatal; others have been banned for use in war by e.g. the Geneva Convention yet still frequently used by policeforces worldwide.

Despite the heavy going topic and its technical aspects, the show is presented in an easy to understand and concise way, and Soulless & Anger also focus on the funnier aspects of several Police Operations making the Officers involved look only too human. They demonstrate how persistent work in this area can make a difference, forcing the police and the official media to at least sometimes act more by the book or even abolish some weapons or tactics. 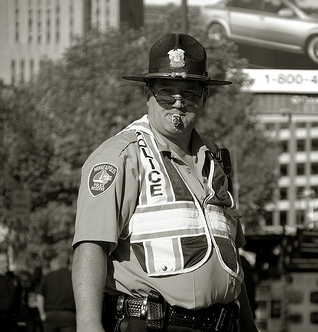