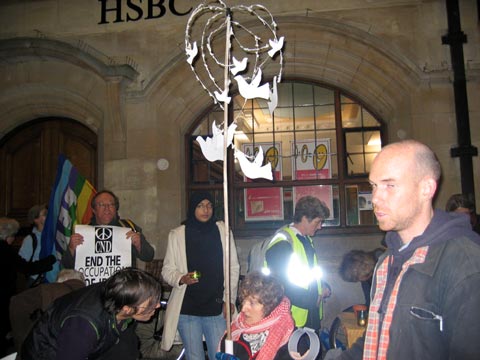 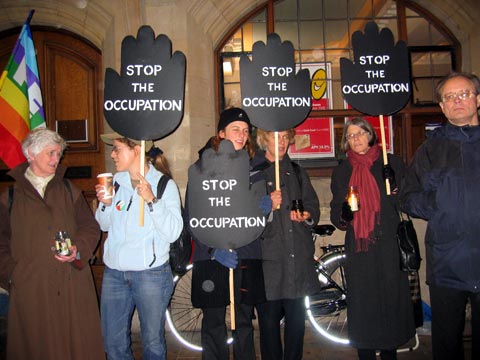 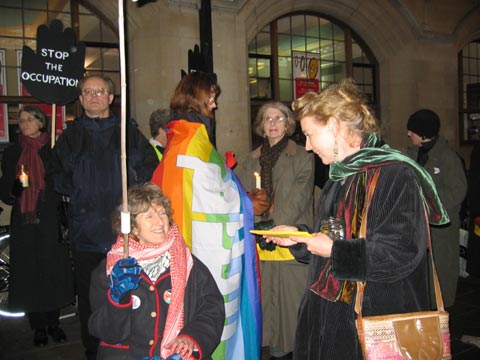 With the situation worsening in Fallujah as it was sealed off by US troops, it was decided to hold a vigil in Cornmarket at 6.00pm on 6 November. Taking part were members of OSAN, Oxford CND, NOW (Network of Oxford Women for Justice and Peace) and Women in Black. Many of the participants were in black, holding candles and placards in the shape of a large black hand with the inscription ‘Stop the Occupation’, others were holding large rainbow-coloured peace flags. On the pavement in front of them was a white child’s coffin with a wreath of white flowers. Towards the end of the vigil, as the rain started to pour down, a group began to sing ‘We’re not backing this war’.
There was a very positive response from members of the public as they hastened to catch buses home or do the last of their shopping. Several people agreed to be interviewed on camera about their views, and these may eventually get posted to Indymedia but don’t hold your breath.