INDYMEDIA stuff was exhibited in the state art gallery of Banja Luka, Srpski Republic (serb half of Bosnia) as part of ECO CITY GROUP`s 2 week exhibition there in april 2003. after the initial, 2 week long, stage of project: ECO CITY BANJA LUKA. 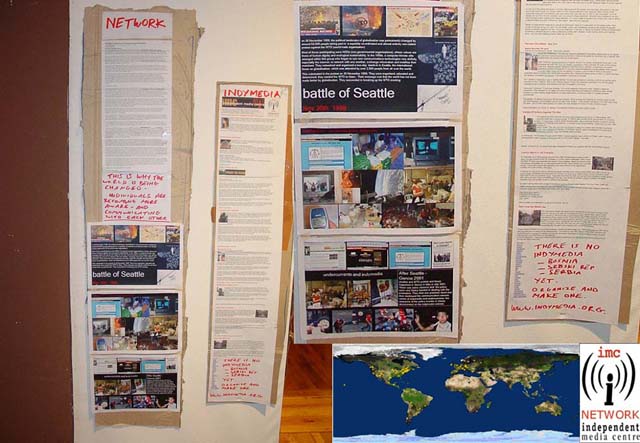 Bosnia finds out about indymedia 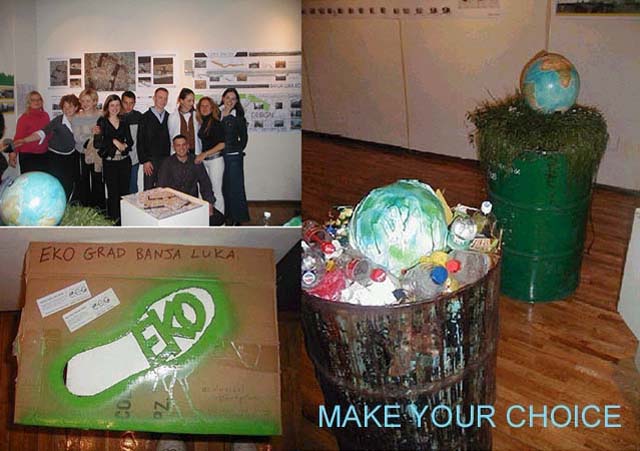 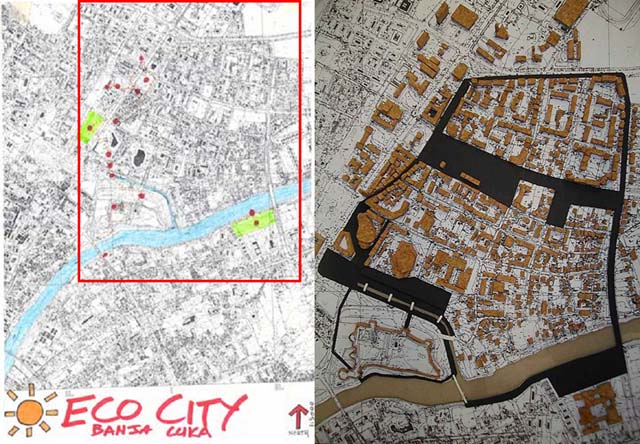 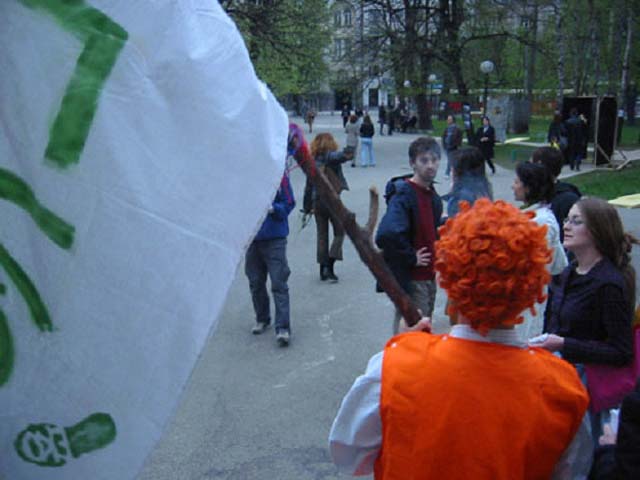 The exhibition was one of the largest attended in a long time, in a place which is still suffering from its recent bloody wars. many people were unaware of INDYMEDIA, where there is still no IMC node in Bosnia, Croatia, Serbia, Srpski Republic. some interest was shown in trying to set one up.

top image is of part of INDYMEDIA stuff displayed, main features from IMC-UK @ april, images and commentry from Seattle, Prague, Genoa and process of INDYMEDIA. an IMC-OXFORD person was there to inform those interested on further stuff

"make your choice" shows some more of the exhibition

EKO GRAD BANJA LUKA- shows map and model of city, red dots are main nodes in EKO PARADE ( last image) which was a coulourful fun wander throught the city giving out flyers (small enough to fit in your hand, mostly in serbian).

as part of EKO PARADE, a dead 12 foot branch of a tree was used to hang a giant EKO flag, which was the main visual prop, along with some orange stuff- this flag was used as banner for exhibition and was hung on main door to gallery

http://easa.antville.org/stories/348675/
is the online communication space during workshops and used as part of exhibition: open system on wall (it grew as more people contributed to site forum) and in book form, EKO BOOK, which is now held in KIC, local media centre/ pub in banja luka

http://www.ecg.rs.sr/easa.html is website of ECG, gives background of group and place

http://easa.antville.org/stories/391302/ photo album from ECG (text in Serbian only)