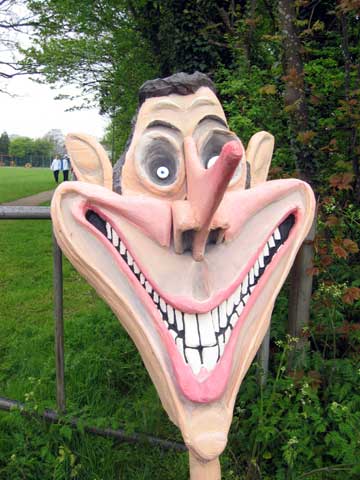 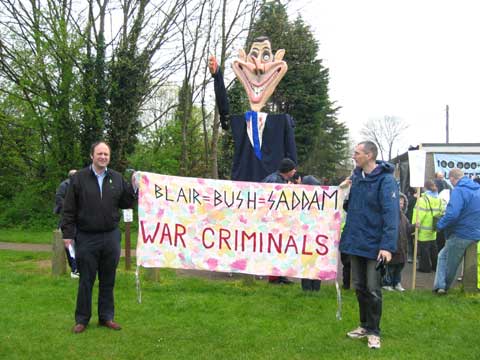 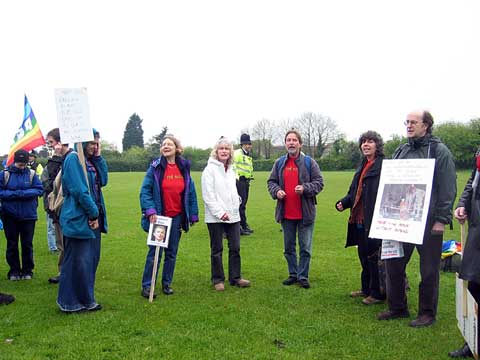 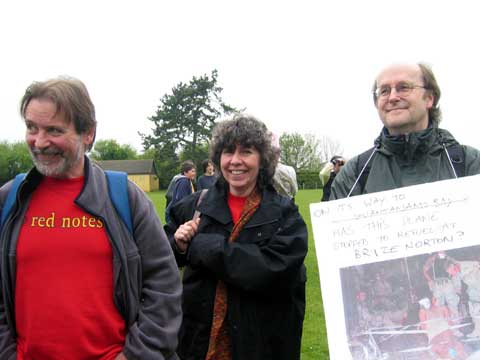 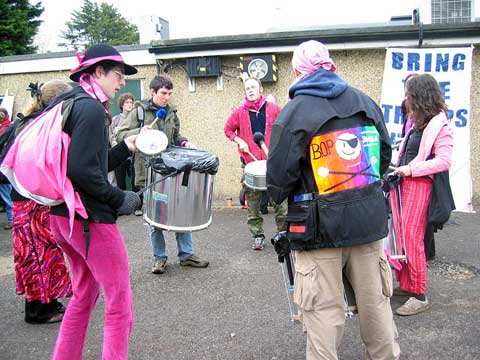 Breach of the Peace samba band 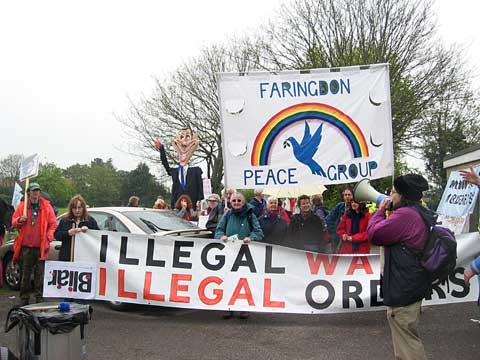 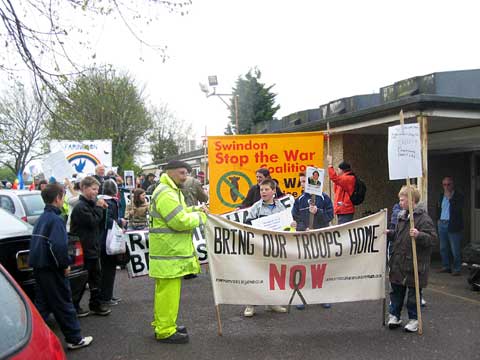 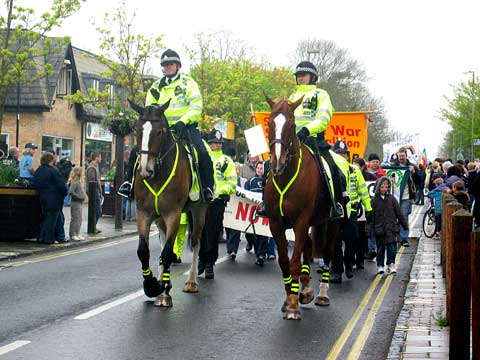 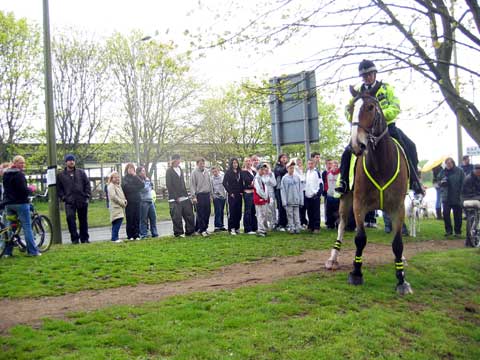 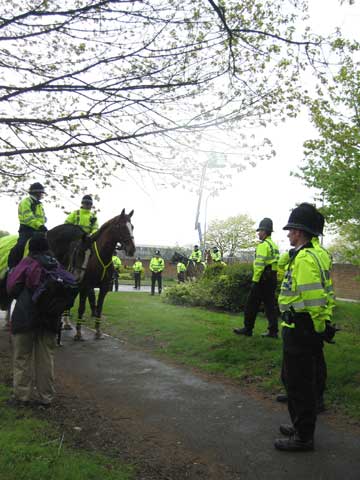 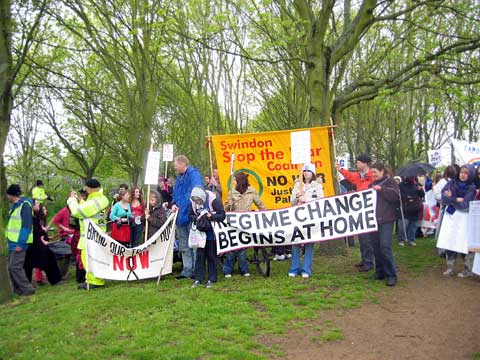 Banners in the wood 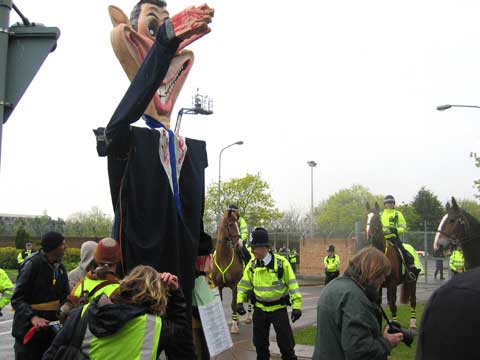 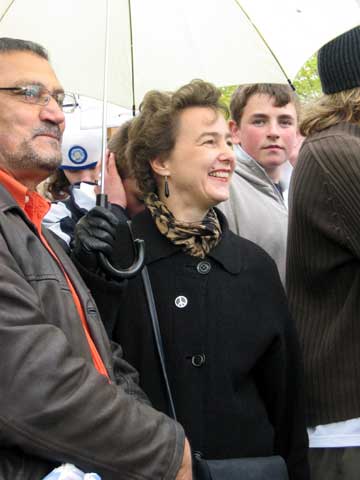 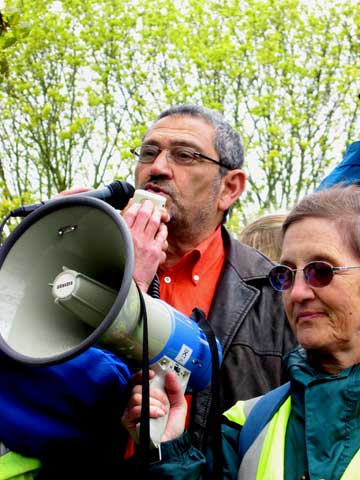 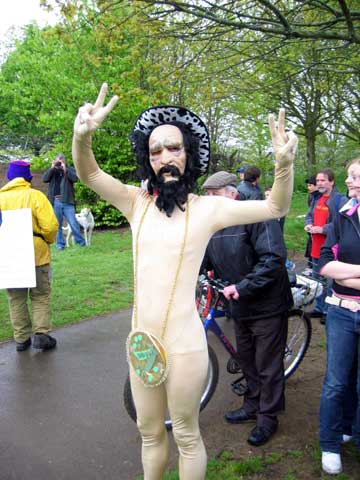 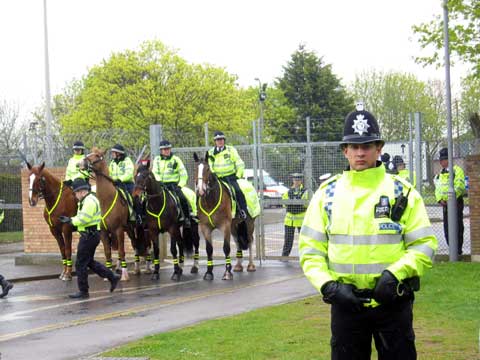 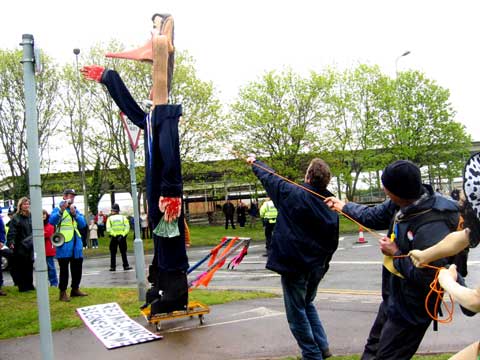 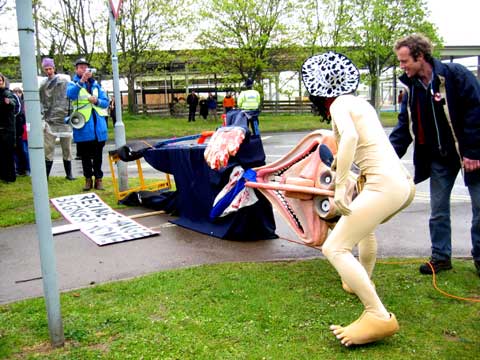 There were around a hundred marchers on Saturday, including one coachload from Oxford and one from Bristol. People came from as far afield as Wrexham, bringing a variety of colourful banners as well as vital supplies of chocolate bunnies, flapjacks and hot soup. Music was provided by the Oxford samba group Breach of the Peace, and the Bristol-based singing group Red Notes with a little additional assistance from some of Oxford's Sea Green Singers. There was a grotesquely-excessive police presence, including a number of mounted police. The main street of Carterton was crowded with people, who had apparently never seen anything like it before. An unusual feature was how many of the local boys decided to come along with us on the march despite the rain, and stayed on pretty much throughout the day's events. Presumably because of the novelty rather than any deep commitment, though it would be interesting to know if their experience had any lasting influence on them.

(there are more pics, though mainly near-duplicates)